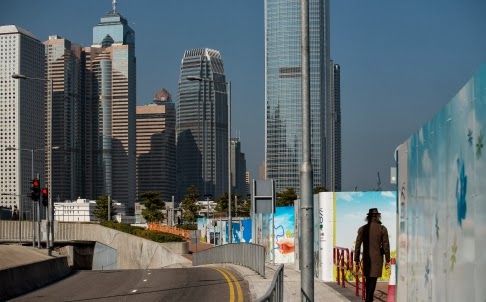 Did the Heritage Foundation ever send its experts into the streets of Hong Kong to meet ordinary people and ask them how free the city's economy has become in recent years?

The right-wing US think tank ranked Hong Kong the world's freest economy for the 20th consecutive year last week, but many expatriates and locals in the city are taking the survey result as a bit of a joke.

There are a tonne of examples we could use to tell the Heritage Foundation the real story of Hong Kong's so-called "free economy".

The government has tightened its control on many sectors, from the old-fashioned property business to broadcasting services in the digital era.

Chief Executive Leung Chun-ying's stance on Hong Kong Television Network's free-to-air licence saga is a sign of how things have changed in a society that had been proud of its economic freedom for years.

In Hong Kong, Leung effectively said, the Executive Council led by the chief executive has the ultimate say on a lot of things, and we don't need to explain everything in detail to you. In other words, listen to us rather than the public or market demand.

In the property business, the interests of developers, buyers and sellers have been significantly affected by the government's new tax policies.

At a recent business forum, Shan Weijian, a professor-turned-private-equity-tycoon, asked the government: "Regarding the new 'hot policy' on properties, does New York or London have such policies? New York and London are both financial centres [that need] to attract talent, too. Their attitude is very open."

The "hot policy" mentioned by Shan, an influential businessman on Wall Street and the mainland, refers to the additional tax non-permanent residents of Hong Kong must pay when buying a property in the city. The measure is widely considered as a move by Leung to boost his popularity.

A few days after the Heritage Foundation released its global ranking, the Economist group's advisory service unit for senior corporate executives issued a warning on the outlook for Hong Kong's business. It said the city was "at serious risk of losing its position as a pivotal business centre in Asia".

Meanwhile, the mainland was becoming a standalone business region for many multinationals, the Economist survey found.

Yes, Hong Kong is still the regional headquarters of many Fortune 500 firms, but the growth trend looks weak.

Pressure and competition for Hong Kong is coming not just from the north. The Heritage Foundation noted the growing challenge from Singapore.

While Hong Kong's overall score in the ranking, 90.1, rose 0.8 point year on year, Singapore's added 1.4 points to 89.4. It seems only a matter of time before Singapore is the new king of the free market.

If the late economist Milton Friedman, who once praised Hong Kong as a model of a free economy, could revisit the city, would he be disappointed?

Or perhaps, as I hear more and more from friends around me, is Hong Kong just destined to see its fortunes wane?